Alvin Plantinga  reviews Thomas Nagel's new book Mind And Cosmos. Ed Feser has several posts about the book too. Nagel is an atheist who spends most of the book explaining why the most popular atheist philosophy is wrong.


So far Nagel seems to me to be right on target. The probability, with respect to our current evidence, that life has somehow come to be from non-life just by the working of the laws of physics and chemistry is vanishingly small. And given the existence of a primitive life form, the probability that all the current variety of life should have come to be by unguided evolution, while perhaps not quite as small, is nevertheless minuscule. These two conceptions of materialist naturalism are very likely false.

So he provides good evidence for rejecting atheism on its own terms.  Theists often point this out but as you can imagine their judgement is not trusted by atheists. So having this guy out there is a good thing.

Plantinga's article was titled "Secular Heresy." That got me thinking in a different direction. Atheism can't really have heresy. Still Nagel feels like a heretic. He is denying some things that many atheists feel you cannot deny and still be an atheist. But Nagel is in a worse position. His heresy is being proclaimed by mob rule. Other atheists are just shouting him down. They don't want people interested in atheism to think Nagel is one of them. That makes sense from their perspective.

But what can Nagel do to defend himself? Can he argue that what he has proposed is within the bounds of the thing called atheism? That is almost impossible because that thing is ill-defined. In Catholicism there are documents that define orthodoxy. When you are accused of heresy you can go to those documents and try and argue that you have not denied the faith. That what you are proposing can be understood as a legitimate development of the faith. It is a winnable case. There is a magisterium there that matters. You don't need to try and convince the same mob that already condemned you to admit they were wrong.

So it seems that the ill-defined form of heresy is going to be way more oppressive than the precisely defined one. In other words, Catholicism creates a better environment for free thinkers than atheism does. This is ironic because atheists love to describe themselves as free thinkers. It is like the teenager who demands freedom from his parents and then submits to his peer group in everything. It is only freedom from the previous situation and not true freedom. 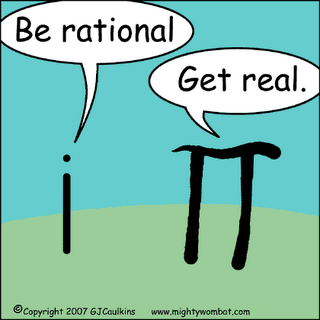 We have seen this before. What atheism is doing is exactly what protestantism has been doing for a long time. They are trying to keep together some school of thought without an authority to define what that thought is. We know what happens. Authority defaults to the loudest voices. People become afraid to challenge the alpha male in their pack. So free thinking is not really happening. But you don't get unity either. Occasionally somebody does break off and defines another school of thought. In protestantism they are called denominations. Atheism is really too young and undeveloped to have names for these things. Still they do exists and will grow in number. Sola Ratio will not be any more united than Sola Scriptura. It has the same weakness. There is no central authority to hold it together.

Brad Gregory has this quote:


‘Sola ratio’ has not overcome the problem that stemmed from ‘sola scriptura,’ but rather replicated it in a secular, rationalist register. Attempts to salvage modern philosophy by claiming that it is concerned with asking questions rather than either finding or getting closer to finding answers might make sense – if one just happens to like asking questions in the same way that thirsty people just like seeking water rather than locating a drinking fountain, or indeed having any idea whether they are getting closer to one.

So free thinking is possible but harder. It involves being demonized by the current crop of dominant thinkers. Not sure if they will start burning heretics at some point. We advanced beyond that but we can move backwards quite quickly. When the state starts to enforce one school of thought as the only right one then we are in real danger. Nagel need not worry for his physical safety right now. His professional safety is another matter. At 75 he likely does not care. I wonder if a bright young philosopher would be able to survive this kind of heresy. I wonder how many have decided to not take the risk.
Posted by Randy at 1:22 PM