I like these kinds of posts. I can see why the trend towards them is huge. People like short posts that have a number of clearly stated assertions. They don't like posts that are long and ramble and when you are done reading you are not sure what they said. Posts that are structured this way are appreciated. Posts whose title indicates they are structured that way take it a step further. You are not just reading efficiently but browsing efficiently.

The trouble is short assertions don't leave much room for argument. It is more democratic. I want to know what people think. Thumbs up or thumbs down. I find that very useful when the person writing the post knows a lot more about the subject than I do. If someone gives me 10 facts on Syria that is useful. I won't know why he believes all those things to be true but I might not want to spend the time to do that anyway.

Still I think logic matters. You need more than a sentence or two to make an argument. So these posts contain mostly assertions and very little reasoning. The same goes for Facebook and Twitter. Good for some kinds of information but not good for doing any actual analysis or responding to a serious objection.

What I think is dangerous is that they move us away from thinking about issues and towards simply accepting what others are saying. If you are exposed to more assertions and fewer examples of well reasoned analysis then we often assume those people must have reasons for their opinions and they are likely right. The trouble is those people are in the same situation. They are basing their opinions not on data and intelligence but on other opinions. So opinions based on very little can be assumed to be based on something substantial and repeated and retweeted until they become common knowledge without ever being scrutinized.

Personally I am a thinker and not an opinion leader. Nobody accepts my opinion because they trust me. I am not the kind of guy that inspires that kind of trust. They accept my opinion because I make a good argument. So I need to get at least a few paragraphs most of the time. Does that mean I don't get read? It might. I don't think it should but people don't always do what they should. I do think a person degrades himself if he is too lazy to do any real thinking.

Ironically, one word one could use to describe accepting opinions rather than thinking is "faith." You have faith that other people's opinions are probably right. It makes it ironic because it puts us into the whole faith vs reason question. Society is supposed to be trending towards reason and away from faith. Yet reason is the component getting lost here. We still have faith. We just choose a less demanding faith. Like faith in another person or a political party or a celebrity or whatever. Catholicism is a demanding faith. One of the key demands it makes is we engage is reason. Hard work. Those who have faith in reason often don't want to do the hard work of actually reasoning themselves. They leave it to others.
Posted by Randy at 9:44 AM 2 comments: Links to this post

Spiritual But Not Religious 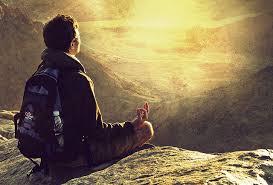 The CNN religion blog has a post about Spiritual But Not Religious people. I have to say I find the phrase a turn off. I believe all people all spiritual. Depending on definitions I might say all people are religious as well. Still we run into a lot of these people and it makes sense to think about how to have productive interactions with them.


Despite the ongoing decline in American religious institutions, the meteoric rise in people who claim to be “spiritual but not religious” should be seen positively - especially by religious people.

To accept this as good news, however, we need to listen to what they are saying, rather than ridicule them as “salad bar spiritualists” or eclectic dabblers.

After spending more than five years speaking with hundreds of “spiritual but not religious” folk across North America, I’ve come to see a certain set of core ideas among them. Because of their common themes, I think it’s fair to refer to them by the acronym: SBNR.

A bit like the guy who wants to sleep with any woman he can but hates the idea of a committed relationship and marriage seems just crazy to him. You are tempted to ridicule him and even tempted to admire him in a perverse way. Still you think that deep down he wants to love and be loved in a committed relationship. He is just likely to get offended if you tell him that.

Read more »
Posted by Randy at 9:09 AM No comments: Links to this post

This week's gospel has been called the hardest command in the bible. It is simple. Do not worry. Don't worry about food, shelter, or clothing. Just trust God. Yet we are natural worriers. We worry about everything. Sure we believe God will provide but we just want to make assurance double sure. We want to be prepared. Plus we want more. Good food. Good clothes. Jesus actually says God will not only provide what we need but often provides clothing better than Solomon.

There is just something hard about depending on God. The saints do it. They don't do it because they lack competence. They do it because they choose to be in a relationship so intimate you depend on Him for every breath. We are not just not there yet. We have a hard time even taking small steps in that direction. We get into a place where we want to change something and we can't and it drives us nuts.

Read more »
Posted by Randy at 8:28 AM No comments: Links to this post

Do Not Resist An Evil Person

This week's gospel continues the theme of taking Old Testament morality and raising it up a few notches. Demanding more. Jesus has talked about violence motivated by anger. Now He talks about violence motivated by revenge. What do you do when someone does you wrong? Self defense is a basic exception to moral laws against violence that almost everyone accepts. Yet Jesus says we should question it. Often even when the other person is unjust and abusive we do better responding with gentleness and love.

He gives a couple of examples. The most famous of them is, "if any one strikes you on the right cheek, turn to him the other also." Is He saying we should just let someone abuse us? Sometimes. Striking someone's cheek was not really a threat to their health and safety. It was more of a threat to their pride. A slave in that culture would prefer to be whipped than to have his cheek slapped. The whipping would hurt more but the humiliation of being slapped was quite strong.

What is more you turn the humiliation around. When you surrender your pride it loses its power over you.You don't need vengeance. You don't even need the insulting behavior to stop. Instead of ending up in hatred and rage you end up feeling compassion for your tormentor. You end up being like God rather than like a typical human.

Now there are limits. Some sins cannot be endured at least not indefinitely. The examples Jesus gives of the strike of the cheek, the forced walk of 1 mile and the suing for a coat, they can be physically endured. The assault is mostly on your pride. When you change the example to an abused wife or an abused child the situation is very different. The truth is that those cases typically involve situations where enduring the abuse has been tried and has failed. At some point the relationship needs to be recognized as dysfunctional and you have to do something to make the victim safe. Jesus is not suggesting Christians should do nothing regardless of the level of abuse.

Posted by Randy at 8:54 PM No comments: Links to this post 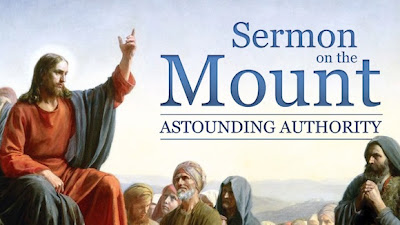 This weeks gospel focuses on the relationship between the old and new testament. Jesus starts by saying He didn't come to abolish the law or the prophets. Then He goes on to announce a bunch of changes. It is a huge claim of authority. He is saying He knows God's word better than Moses or Elijah or anyone is the Jewish tradition. Yes, they heard from God but what I am going to give you is a deeper and fuller word from God. They are holy but I am holier.

Read more »
Posted by Randy at 8:49 AM No comments: Links to this post 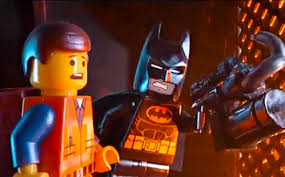 I went to see the new LEGO movie. It is interesting. If you have heard of product placement in movies this takes it to a new level. Almost 100% of what you see on screen is LEGO product. In fact, you often see LEGO product numbers on screen to help you buy what you see. Ironically enough one of the evils the movie points out is corporations having too much power and control over our lives. You wonder if the irony was intentional.

There were some religious overtones as well. There was a prophesy which there is in many movies. Then at a key point in the movie the prophesy is revealed to be made up. The Gandalf/ Dumbledore character admits it. Then they try and take it in a Dumbo direction. That is if you just believe you can do something you can. Get rid of the crutch like a feather or a prophesy and just do it yourself. The difference is that in the Dumbo story there is good reason to believe Dumbo can fly with or without the feather. Here there is no reason to be believe the characters can do what they are attempting. So they are choosing to believe in belief. The power of positive thinking. Tells yourself you can do it and you will do it.

The trouble is it isn't true. We are more powerful when we believe in ourselves. Yet we are still finite and fallible. We can make mistakes. We can face challenges that are just too big for us. How can we put that reality out of our mind? Humans are lovers of truth. We are just incapable of full embracing something that we know to be false.

Read more »
Posted by Randy at 2:01 PM No comments: Links to this post

The Light of the World

Matt 5:13-16
1 Cor 2:1-5
Jesus makes some remarkable statements in this Sunday's gospel. He says, "You are the light of the world." Think about that. If Jesus came up to you on the street and looked you in the eye and said, "You are the light of the world" what would you think? Me? The whole world? That is crazy! Yet that is what He says. He chooses not to bring light to the world through raw power. He chooses to do it through us.

This relates to what St Paul has been talking about in 1 Corinthians these last few weeks. He talks about God's wisdom and man's wisdom. You need to start reading around vs 18 of chapter 1 because the lectionary kind of cuts up Paul's thought.

Read more »
Posted by Randy at 9:02 AM No comments: Links to this post