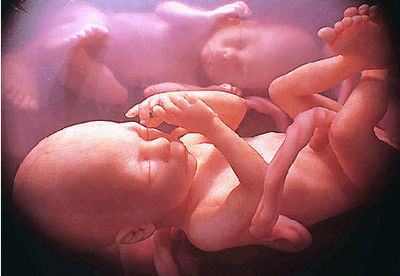 Marc Barnes has a great post researching the grotesquely biased research that went on in Mexico to help the push for legal abortion. I have written before about how science gets corrupted by politics. People don't seem to grasp the importance of this. Sure they get upset when tactics like this are used by their political opponents but it is really a feigned outrage. Really they are thinking to themselves how they can use similar tactics to win the next battle.

The trouble is deeper than just winning a political battle with dishonesty. That is a much bigger problem than we are willing to admit but we have kind of gone there. We accept dishonesty as a legitimate tactic in political debate. It is not a good choice because we end up with lousy government but it a choice society has made. What we are seeing here is the spread of that evil.  That is what happens when you accept sin. You don't just pay the price and that is that. It grows. It infects more and more of life. Here we have dishonest politics infecting science.

Right now it works great. You put together some sham research. You get some science PhD's to make it look all researchy. A little like having an actor wear a white lab coat in an ad except a deeper facade than that. You need to design things so that it would take a person many hours of reading through the details of your paper to figure out something is amiss. Most people don't do that. Even then the really smelly stuff is not there. It is what they fail to document.


Guttmacher surveys healthcare professionals “selected on the basis of their professional affiliation, training, experience and specialization on the subject.” (1) Who these people are remains unavailable, as do their qualifications (what counts as specialization?), as do the questions asked in the survey (and whether those questions contain any relative bias), thus rendering the survey unrepeatable — an issue for any scientist. But the Guttmacher Institute is resolute, well-funded, and undeterred by such trifles.

Anyone who knows science can appreciate how twisting the question a bit and sampling only professionals that are strongly pro-choice can skew you results big time. You don't document that you do this. You just leave out exactly how you worded the questions and how you screened the participants. You document the good parts of the procedure and just fail to mention some things. We can only be sure they were dishonest in this case because their results were so far our of whack. Still the numbers were quoted as accurate by politicians in the abortion debate in Mexico. So they achieved their goal of twisting the debate with dishonest studies.

The ironic thing is that secular people sing the praises of science. Science is the wonderful thing. Religion is a medieval relic. But it is the secular people that corrupt science. When push comes to shove they don't want to follow scientific truth any more than they want to follow religious truth. They want to rationalize their behavior rather than honestly seek the truth.

Can science survive? I don't see how. It depends on the integrity of the scientist. That is precisely what is breaking down. What will prevent it from coming completely unraveled? The morals of society? They continue to degrade. Will political players want truth more than they want to push their ideology?  Have you observed an election campaign lately? Will they respect science enough to not use political power to corrupt research? Remember we have created a political system where an honest politician cannot win. So what can we really expect? We give a bunch of liars a lot of power and see what happens.
Posted by Randy at 8:18 AM